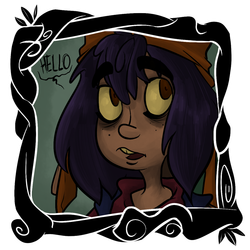 Currently on hiatus due to work.


The Evercast Divide is Rezllen's ongoing personal project that revolves around a young adult named Zhen who is struggling with their identity, the concept of morality, and relationships while being thrown back and forth between enchanting and nightmarish places. They explore strange ethereal highways between states of existence and their own forms in these places.

Please enjoy it!
Powered by